← more from
Bella Union
Get fresh music recommendations delivered to your inbox every Friday.

by The Soft Cavalry 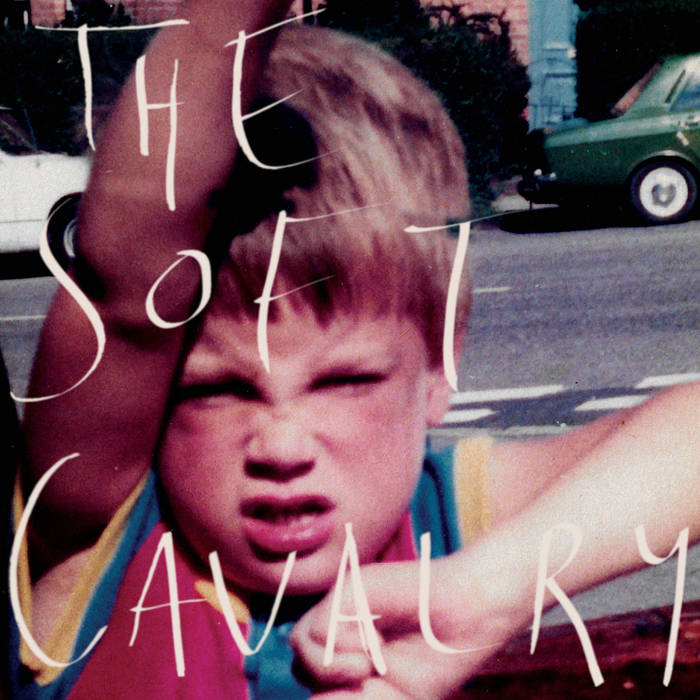 william robertson I’m loving this record! Great heady pop with spacious melodies. Dive is a great hook, the Ever Turning Wheel makes me want to start the record over, and Spiders anchors the middle. Nice work! Already looking forward to the next one! Favorite track: The Ever Turning Wheel.

andrewpbeaumont It is rare when an album instantly captures me. This is fantastic. Love Spiders.

So... The Soft Cavalry. What is it? A happy accident? A lovers’ story? A crisis of faith? In reality, it’s all of these.

For Steve Clarke, The Soft Cavalry’s self-titled debut album is equally a labour of love, and the first record he’s masterminded from start to finish, with invaluable contributions from his wife, Slowdive’s Rachel Goswell, on co-vocals and spiritual/practical guidance, and Steve’s brother Michael, who produced the record.

The band’s music is a particularly British brand of intense cinematic drama. Melodic and timeless, the album lands in the atmospheric dimensions between Pink Floyd, Talk Talk and Mansun. A record radiating midlife crisis but equally enormous elation; a helix of fear and hope, aching for resolution. A record Steve emphasises that he “needed” to make.

The Soft Cavalry is also that rarity: a musical project that began life on an industrial site in Reading.

Additionally, the album is a way of rewriting a man’s narrative, and proof that relative late bloomers (Steve was in his late thirties when he made the album) can make the record of their dreams.

In 2014, Steve was stuck. Divorced since 2011, the intervening three years had been, “a haze,” he admits. Since the late nineties he’d played bass and sung backing vocals in bands (both studio and live) and sessions, while also working as a tour-manager. His new assignees were reformed Home Counties faves Slowdive.

“I was hungover in the back of my van trying to work out how I was going to fit all the band’s gear into this confined space whilst I still had all of mine from the show that I’d played in London the night before,” he recalls. “The second of two sold-out shows at Hammersmith Apollo with David Brent!”

On that industrial site in Reading, Steve was introduced to Rachel. A year later, they were living together in Devon, before marrying in 2018. Rachel not only, “turned my world upside-down,” but unwittingly provided, “the catalyst,” for The Soft Cavalry. “I’d always had ideas but never felt that anything I had to say was worthy of anyone’s attention, let alone my own,” he says. “I wish that I could have done this fifteen years ago but, in reality, I simply couldn’t have. But I’m not one to overly wallow. I’d rather plough the various levels of confusion into songs.”

The Soft Cavalry is equally an exercise in creative and personal therapy. The first songs Steve wrote for the album were less about confusion than Rachel-inspired paeans to fate, love, new beginnings: ‘Passerby’ (“Waters break and we are born restlessly into the arms of this unknown”), with Rachel’s gorgeous lead vocal underlining the arrangement’s Slowdive-adjacent ethereality, and ‘Spiders’ (“strand of woven thread / Could be the start of something beautiful?”), a starker, shivery ballad with a feeling of suspended animation. But as Steve opened up, the past began to seep in; years of frustration, anxiety and confusion.

“I was wide eyed and unrealistic,” he remembers. “Never expecting my many flaws and doubts would ever catch up with me. Inevitably they did.” He cites his upbringing, in the Midlands with church-going parents. His father’s law work encompassed, “handling the aftermath of death and marriage breakdowns. When I was nine, we moved to Amsterdam where they ran a rehab centre - as you do! We lived on the top floor of an old Dutch building with recovering heroin addicts living below us. From a young age, I saw what life was like for others.”

When Steve next wrote about Rachel, the title ‘Never Be Without You’ - the album’s one clear moment of AOR pop levity – sounded lovey-dovey but the song evoked, “the bumpy start to our relationship. While other relationships were falling apart.”

Rachel: “Steve was like a tornado when we first met. And I already had a son. Things were complicated.”

The Soft Cavalry is something of a life’s work – a chance for redemption, a heart-to-heart with the self. ‘Bulletproof’ addresses, “struggle and fear, and making sense of it in your head.” ‘Only In Dreams’ admits, “accepting you’re not the finished article that you’d like to be.” Two brooding epics were fired by his Christian upbringing: ‘The Velvet Fog’ - “my doubts with faith, but not being able to shake off my past, even today” - and ‘The Ever-Turning Wheel’: “always trying to thumb my way back to something I had when I was younger, something simpler.”

If the album has a theme, reckons Steve, “it’s recovery versus new doubt. I’m there, in the middle. The word that kept coming back to me was ‘resilience’. With the right mentality and people around you, especially family, we get through, and find a level of hope.”

Even what Steve calls the “post-apocalyptic” scenario of ‘Careless Sun’ (“all we can do is wait for the banks to burst and baptise our abandoned fear”) finds room for optimism. “It’s like, how the hell is this all going to pan out?” he says, meaning our current political and social malaise. “But you have to muddle your way through, and find peace at another level.”

The Soft Cavalry became something of a conversation, even couple’s therapy. Steve, says Rachel, “is always writing, his head always full of lyrics.” Rachel, says Steve, “reins me in when I get obsessed. She’s a good editor. She says my songs can still work without sections of words, that leaving spaces is OK.”

As Steve assembled songs, his invited friends - keyboardist Jesse Chandler (Mercury Rev, formerly Midlake), guitarist Tom Livermore, drummer Stuart Wilkinson and multi-instrumentalist/album producer Michael helped mould the record’s breathtaking sonics. Says Steve, “I’d grown up with guitar bands and I didn’t want it to be overly guitar-y. We evolved things by trying out ideas. We’d build things up, and then strip them back, and build them again.”

As the album progressed, Rachel formed Minor Victories in 2016 while Slowdive had a gap in the schedule, alongside similarly holidaying members of Mogwai and Editors, for a self-titled album that she and Steve contributed vocal melodies and lyrics to: “it got the cogs turning on a writing and lyrical level, and gave me a certain amount of self-belief,” he says.

After he and Rachel finished their album, Steve found a name for it, out of thin air: The Soft Cavalry. “I can’t explain its literal meaning,” he says. “It just made sense.” Might Rachel be the cavalry? "Maybe! It would be subconscious, but that makes sense too, strangely.”

The Soft Cavalry will play live, starting around the album release. So, this happy accident, lovers’ story, crisis of faith, labour of love and therapy session is set to continue - Steve’s already got the next installment written, titled The Lost Decade. Lost versus found. Recovery versus self-doubt. The Soft Cavalry has arrived.

Bandcamp Daily  your guide to the world of Bandcamp

Little Brother joins the show to discuss their beautiful journey, plus tunes from Fat Tony